Tips on How to Install Solar Wisely

You Are Here: Home / News / Latest News / Tips on How to Install Solar Wisely 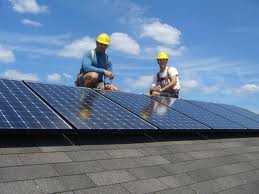 Many people these days put solar power in the ‘too hard’ basket and think that they will deal with it later. However, the longer it is left in the too hard pile, the more savings and incentives you are missing out on. The same ‘KISS’ theory we hear all the time also applies to solar power. ‘Keep It Simple Stupid,’ and in reality, solar power is simple. It is important to get the right advice so here is all you need to know before installing a good quality, long lasting, high producing solar power system.

There are five main points that need to be considered carefully before choosing a solar power company and a particular solar energy system. They are:

Most good solar companies will be able to give you a “solar savings report’ or a ‘generation report’ before you decide to go ahead. This is basically takes information off your most recent electricity bill and uses it to show you what your next electricity bill might look like if you were to install solar power. It will also show the best size system to cover the electricity you actually use as well as how long that particular system will take to pay itself off.

With this information in hand, it is easier to see the best way forward for you and your situation.

This is something that is definitely worth paying for. There is no point buying a solar power system today to have it stop working tomorrow. Buying an inverter that has been made by a ‘tier one’ manufacturer is very important. After this, everything else should fall into place.

Solar panels are exposed to the elements and need to be of good quality to survive the elements and still perform at their highest potential. A ‘tier one’ manufacturer will produce all of the important components in house and have a high standard they have to meet in all stages of production. They will produce their own silicon which is the active ingredient in all solar panels. This means they have greater control over the standard of materials they use to produce each and every solar panel. Some manufacturers may even sell off excess silicon that did not meet their standards.

If you are lucky enough to have secured a 44c network agreement before it expired on 9th July 2010 then it makes good financial sense to put on the biggest size system you can afford as you will sell excess power back to the grid at a premium. However, if you are on the 8c deal that is available today then you will not get a good return on investment by putting on a bigger size solar system than you need. It is important to use tools such a ‘solar savings report’ to advise you on what size system is right for you.

There may be some factors to consider before deciding which roof to have your panels installed on. For example, those who have the 8c feed-in tariff available on all solar systems today would be better off installing half of their panels on an eastern facing roof and half of their panels on the western facing roof. This means that the solar system will catch the morning sun and start up sooner than if they were placed on any other roof and they would also catch the evening sun and operate for longer. Overall, this is an increase in the number of hours that they solar power system is producing electricity for the household to use for free and not drawing expensive electricity from the grid. This may not be the case for those on a 44c feed-in tariff who aim to export has much power to the grid as possible and therefore use as little power from their solar system as possible.

The railing systems used to install the solar system is also important and should be a consideration before installing. After all, it has to hold the whole system together on your roof for twenty plus years; it needs to be of good quality as well.

In conclusion, it is good to go with a company that can answer all your questions and tick all the above boxes. They should be able to tell you where to install your panels and inverter as well as give you a professional quote, solar savings report, make and model numbers as well as warranties. If you can follow this information, you will be installing a great quality solar power system that will save you thousands of dollars over the life of the system.