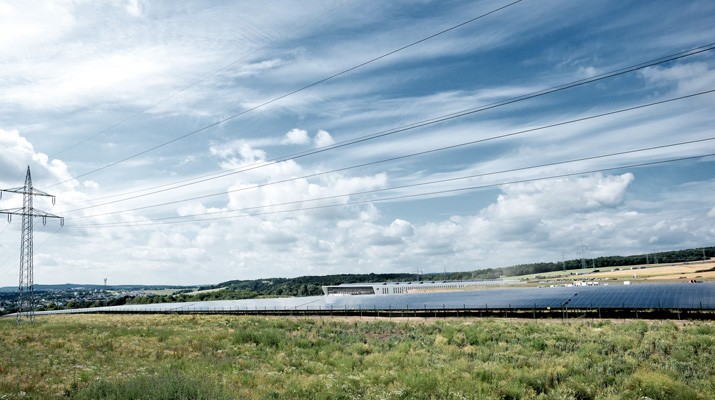 The ground mounted solar farm was built in just 3 months! The power generated by the farm will be used by SMA factory 3 as well as other SMA buildings on the premise.

“The open space system in the industrial area Sandershäuser mountain we designed especially for our testing purposes. Through them, we can test our new system solutions for large photovoltaic systems in close proximity to the development under real conditions and present to our customers. This saves us time and money. We already currently test the SMA Utility Power System with Sunny Central inverters, medium voltage block and DC technology, which we presented in June at the Intersolar in Munich for the first time to the public, “explains Jürgen Reinert, SMA Managing Board for Technical Development.

The site not only give them real life testing conditions and the ability to try out and test new products but it also gives them real world experience with their products past and present.

It is projects such as this one that make SMA one of the best (and largest) solar inverter manufacturers in the world. Their quality is up there with the best of them as a result of initiative like this.

SMA employs over 5000 people and has sales offices in 21 countries around the world. They are the largest manufacturer of solar inverters and have been a popular choice for Australia households for many years. They are functional and reliable like no other.