Opportunity was created for a 3 month stint on Mars – this past Sunday marks 12 years since it first landed in the 22 meter crater called Eagle Crater on January 24th 2004. The rover survived another Martian winter and managed to stay very active over this year’s solstice. With the solstice over, Opportunity will be exposed to more and more sunshine for the rest of 2016. END_OF_DOCUMENT_TOKEN_TO_BE_REPLACED

Solar power has aided the discovery of a meteorite in the outback of South Australia. On November 27th 2015 at approximately 9.15pm a meteorite estimated to be 80kgs entered the Earth’s atmosphere travelling at about 50 000km/hr. END_OF_DOCUMENT_TOKEN_TO_BE_REPLACED

Why wait for sunlight to reach solar panels? What if balloons were used to capture solar energy up in the sky where space is not restricted, where energy harvests could be multiplied and where there are no interruptions to light? A French researcher has had the idea to put solar cells on a hydrogen-filled polymer balloon and let it rise above the clouds which hinder the production of solar energy in order to get the maximum energy production.

END_OF_DOCUMENT_TOKEN_TO_BE_REPLACED

More big brands have committed to sourcing 100% of their electricity from renewable sources. The initiative by The Climate Group is called RE100 and now has 53 members including BMW, Coca-cola, Google, Ikea, Adobe, ING, Johnson & Johnson, Microsoft, Nestle, Nike, Philips, P&G, Starbucks, Unilever, Walmart and many more. END_OF_DOCUMENT_TOKEN_TO_BE_REPLACED

A global solar community called the International Solar Alliance (ISA) has been announced at the 2015 Paris Climate Conference COP21. The alliance will compromise of 120 countries including Australia. END_OF_DOCUMENT_TOKEN_TO_BE_REPLACED

According to GTM Research’s report, “The Australian Energy Storage Market: Downstream Drivers and Opportunities” – Australia will jump from 1.9MW’s of energy storage capacity this year to 44MW’s in 2016. In addition, Australia will hit 244MW’s of annual installed capacity by 2020. END_OF_DOCUMENT_TOKEN_TO_BE_REPLACED

A new town in New South Wales’ Hunter Valley could be Australia’s first completely renewable and totally off grid town.

END_OF_DOCUMENT_TOKEN_TO_BE_REPLACED

Ears For Years and the Solar Ear – Solar Power Hears! 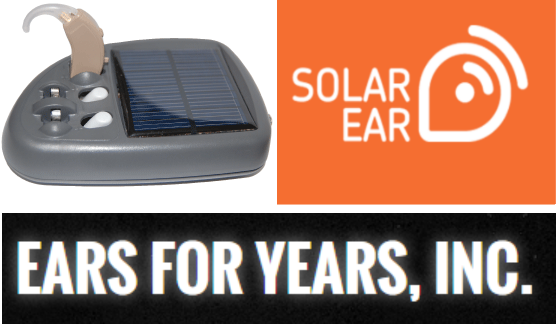 Denman Prospect will soon be the first suburb with solar panels installed on every single rooftop – each house is to have a minimum of 3kWs of solar power installed.

The developers, Capital Estate Developments, say that each system installed will generate around 4.146kWs of clean electricity each year and avoid 3.7 tonnes of CO2 annually. They believe Denman Prospect will become one of the most liveable and most sought-after locations in Canberra. “By encouraging best building practices and creating environmentally friendly homes, Denman will become a leading suburb in sustainability,” says Capital Estate Developments.

The development is located 10 minutes drive from Canberra’s CBD. The first stage – around 2000 dwellings – is due to release this month with a total of 4200 homes to be released over 3 stages. In stage 1 (A and B) there is a minimum 20% of affordable housing including 72 public dwellings. The remaining two stages are expected to be released in 2017.

The ACT has a renewable energy target of 100% by 2025 that was announced in August of this year and this is one project that is going to help get them there. The ACT believes they will achieve 60% by 2017 and 80% by 2018. Canberra is also home to the 24MW Royalla Solar Farm that is one of Australia’s large scale solar power stations.

Of all the rules and regulations new land owners face these days when buying property in a development; this is definitely one of the more sensible ones. Will this be the start of a new covenant rule that all developers take on?